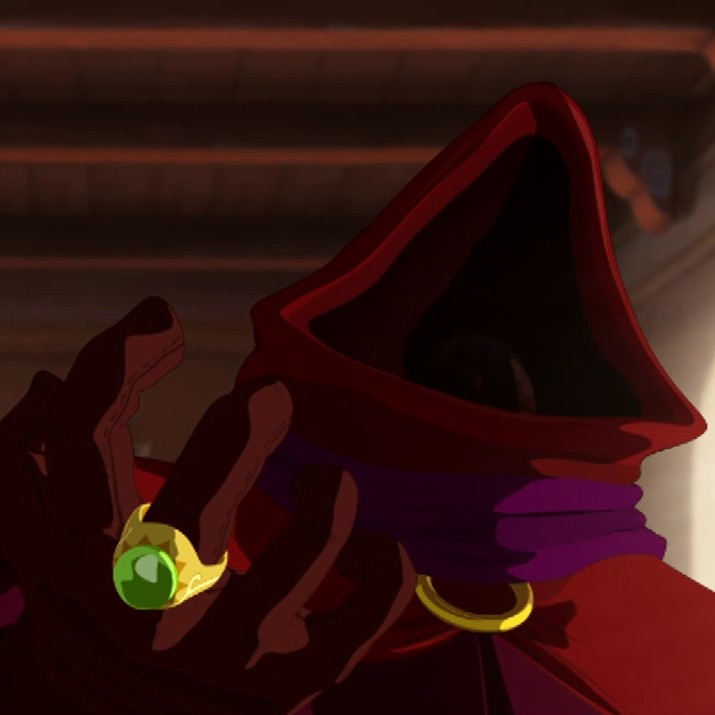 Presentation: Clearly identified as the implacable enemy of our heroes, Zares - the faceless man with a hoarse voice - is a mysterious figure concealed under a large red tunic. It is apparently under the orders of Charles V, to whom he promises that the power and treasures of the Cities of Gold exceed the imagination and allow him to rule the world. But we can easily guess that he has his own plans: he is extremely well informed about the children carrying the legendary medallions and orders to let them escape because he will need them to discover the secrets of the other six Cities of Gold. He follows them around the world, whatever the price.