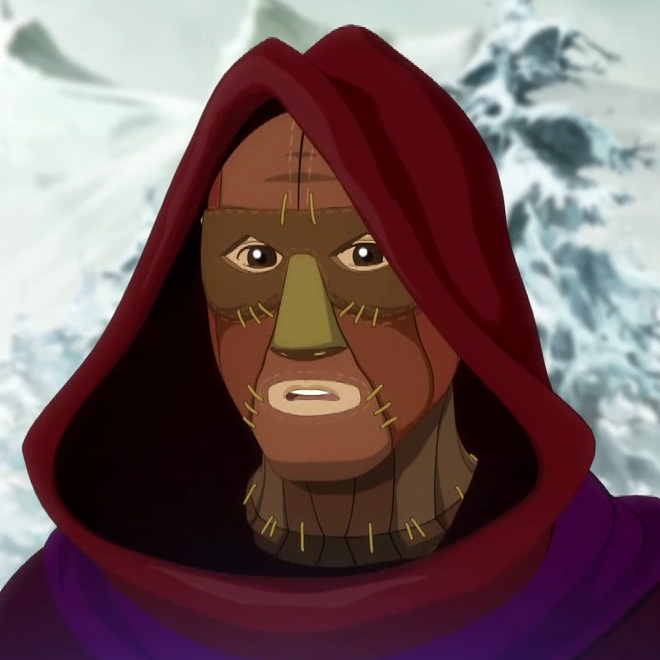 Presentation: We learn at the end of season 2 that Athanaos is Esteban's father and that he is alive! Esteban had already met him in South America when he discovered the first city of gold, but Athanaos, hidden behind his golden mask and calling himself the Traveling Prophet, never revealed his true identity to him. Athanaos is now seriously ill, contaminated by the Great Legacy that has almost destroyed the world. He wears a leather mask that protects his face, as well as the same large red tunic as Zares. He wants to find a cure for his illness thanks to the pyramid of Mu, stolen from Ambrosius.