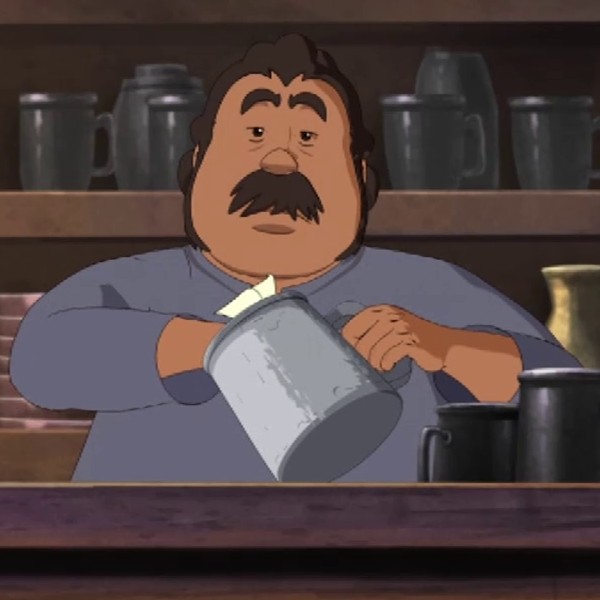 Presentation: Faithful to his tavern, Rico meets again Esteban and his friends on their return from the New World. It was in his tavern that the young Esteban used to listen to the stories of sailors going on an adventure, before he left for the New World himself. Rico will help the children hide from the soldiers through a concealed underground in his tavern. But he is also forced to inform Zares of their actions, because his young son is held prisoner. Eventually, he will allow our heroes to escape and the scarred man will save his life, although Zares asked to execute him.