Thanks to desmondchan71, a forum member, for scanning and translating this short comic book inspired by season 1. The text is very watered down and far from the series! 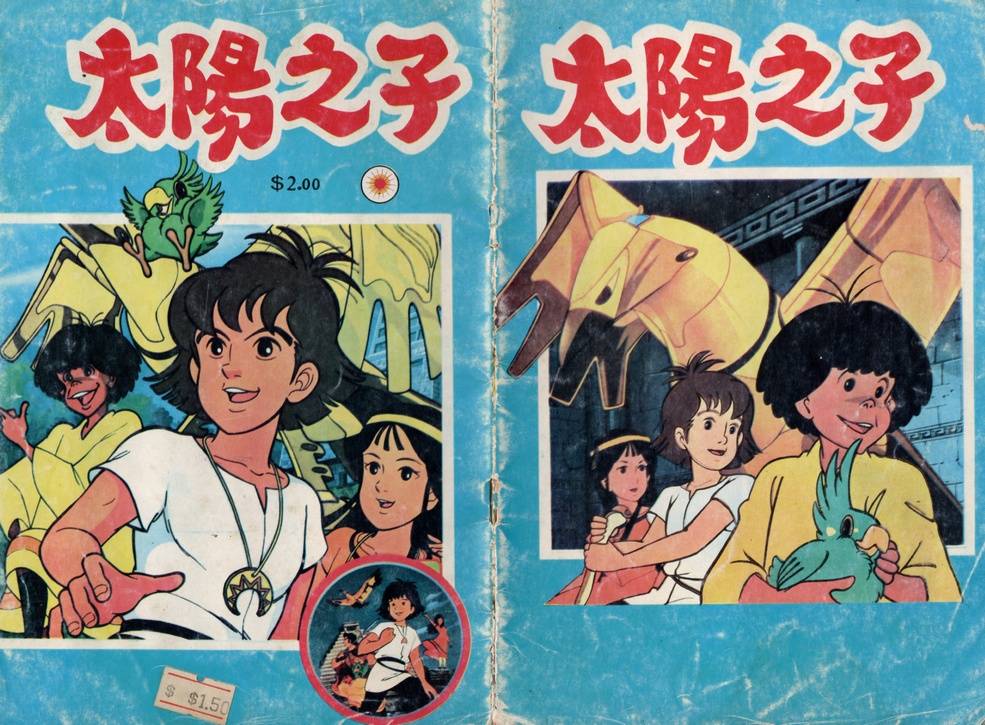 Child of the Sun 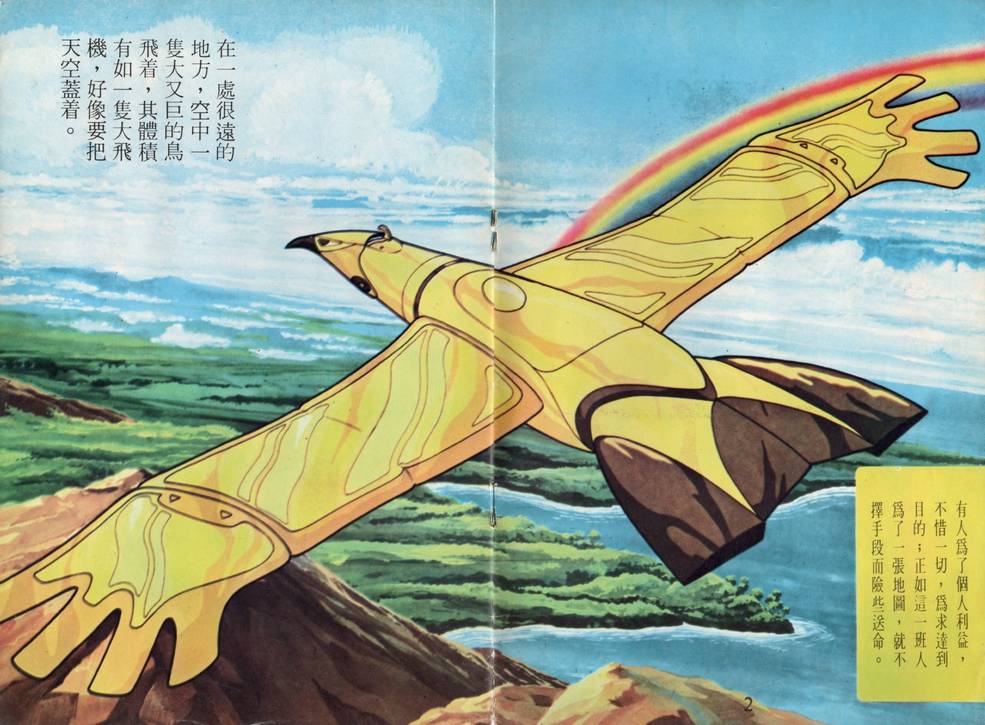 Some people might try to reach their goal by all means for their own interest, just like this group of people: they search for a map unscrupulously and are nearly killed.
In a distant place, there is a big bird as large as an airplane flying in the sky, as if covering the whole sky. 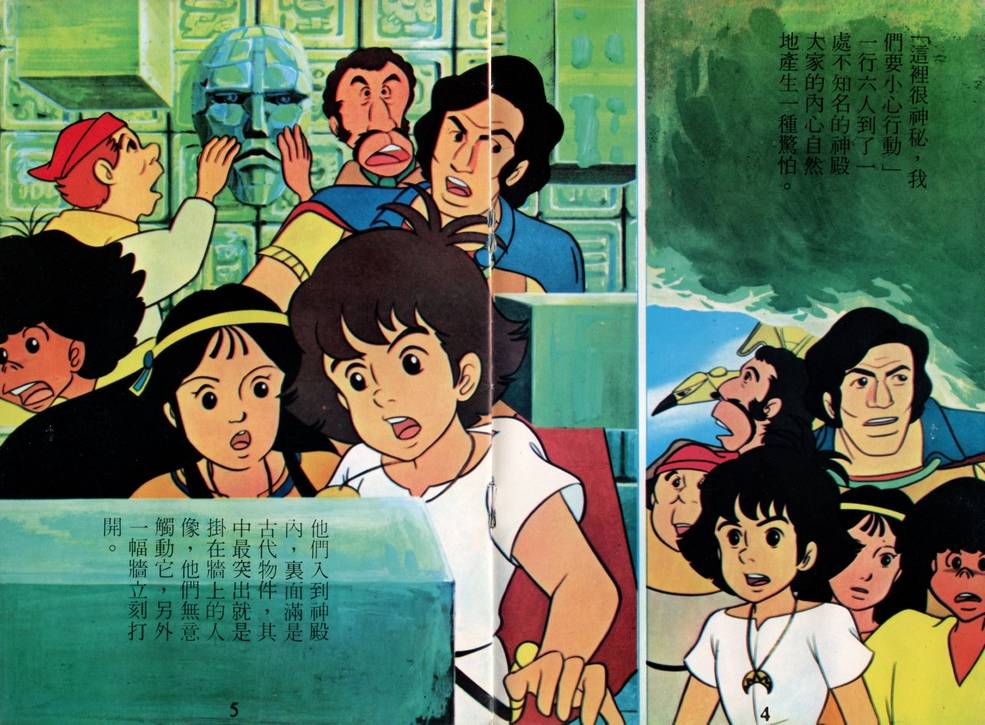 "This is a mysterious place and we need to be careful." These six people reached an unknown shrine and feel frightened naturally.
They enter the shrine, which is full of ancient stuff. The most eye-catching one is the human statue hanged on the wall. They touch and activate it accidentally and the other wall opens immediately. 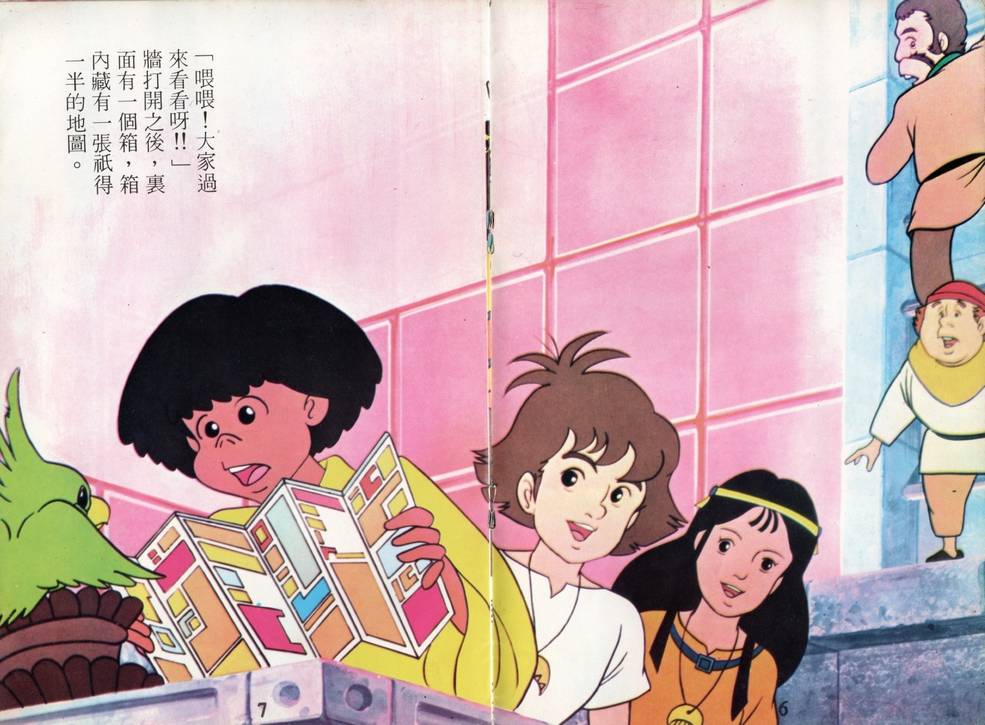 "Hey! Come and see!" The wall opens and a case appears. It stores a map, but only half. 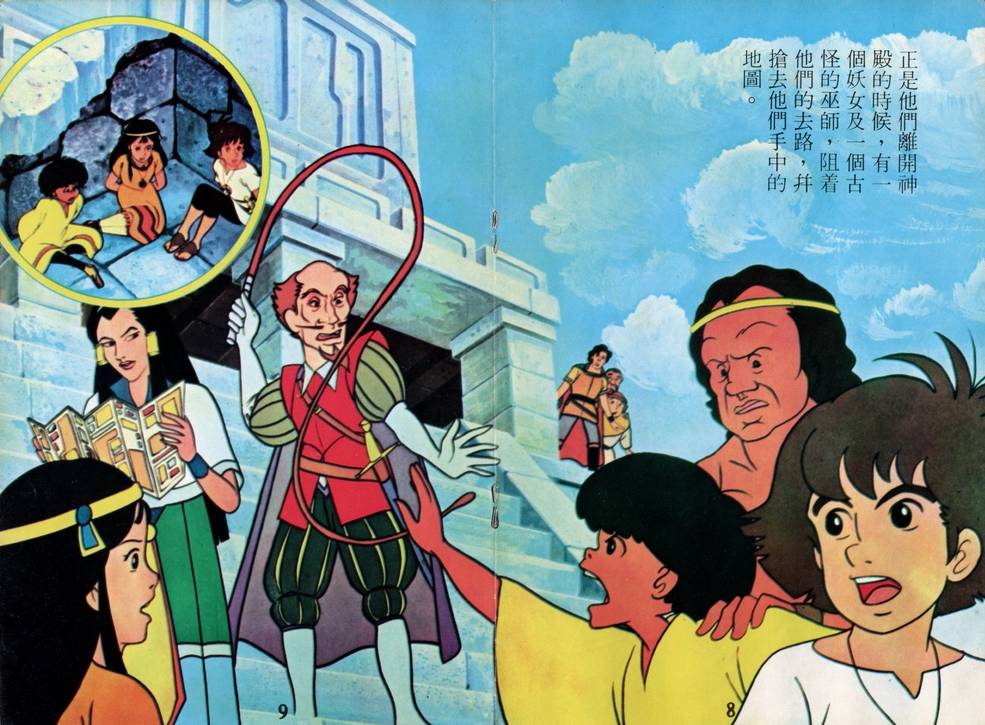 When they are leaving the shrine, there is an evil woman and a strange wizard blocking their way and rob their map. 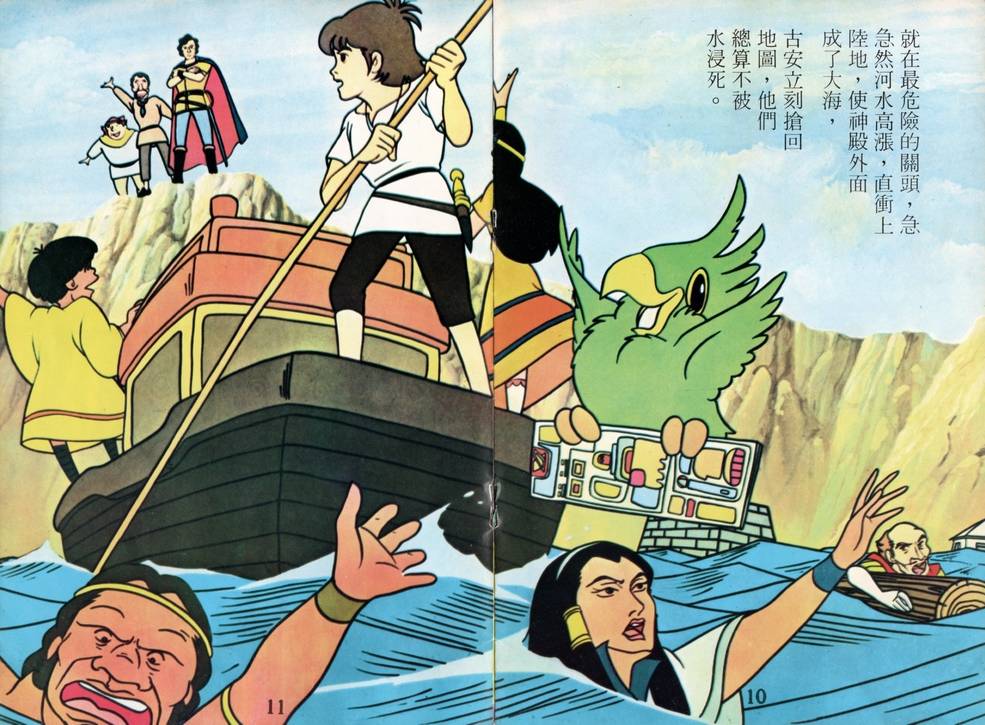 At this critical moment the river rises suddenly and floods the outside of the shrine to a sea. Pichu gets the map back immediately, and luckily they are not drown. 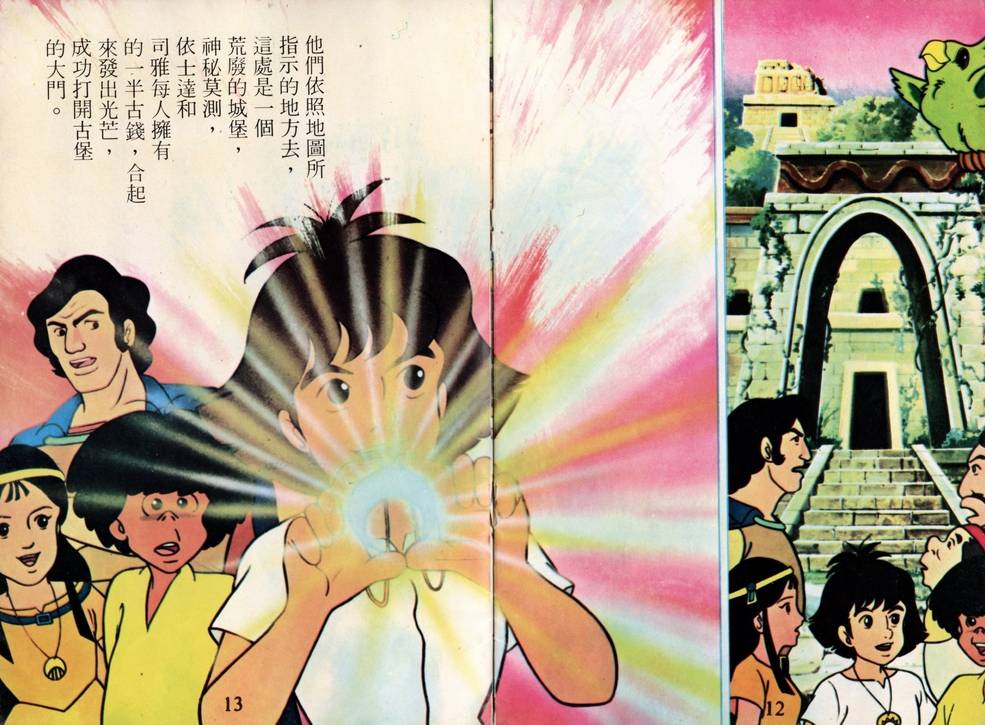 They follow the map and reach a mysterious castle which is deserted. Esteban and Zia combine their ancient half-coins to shine light on and open the door of the castle. 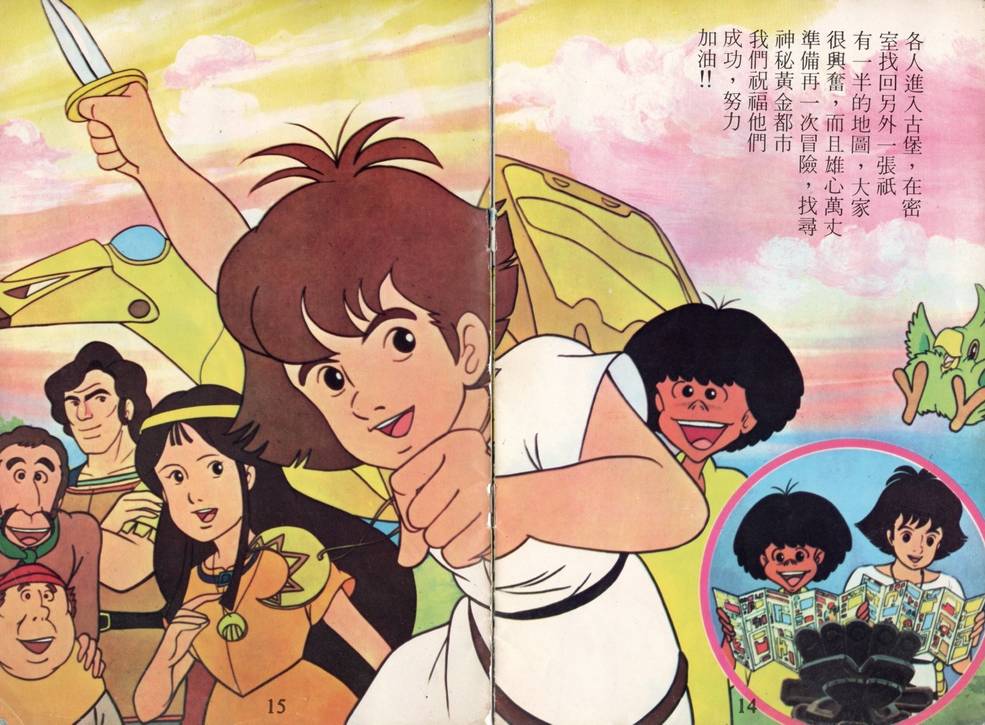 They enter the castle and find the other half of the map in a cell. They are so excited and prepare for the next adventure to find the mysterious city of gold with ambition. We bless their success. Come on!
[ Previous ]
[ All articles ]