The Mysterious Cities of Gold: the video games 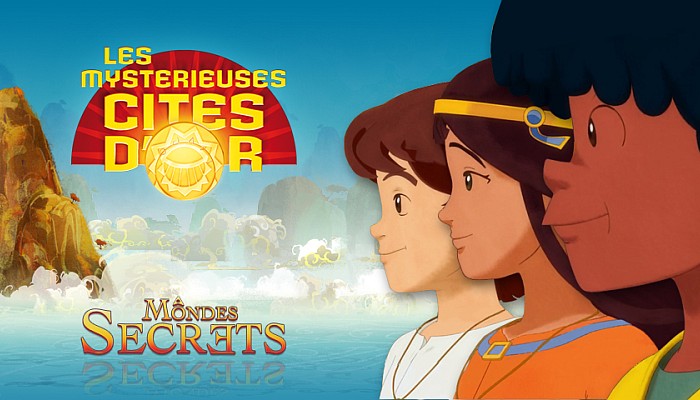 After the release of the first video game (Flight of the Condor), here is Secret Paths (Mondes Secrets in French i.e. Secret Worlds), edited by Ynnis Interactive and developed by Neko Entertainment closely with Blue Spirit, the French animation studio behind the season 2.

It is a game of adventure and reflection (puzzle), and the frame follows season 2 through 30 puzzles spread over six regions of China. The player controls each of the 3 heroes of the series (plus Pichu), each having a specificity: Zia slides into narrow passages, Esteban invokes the sun and Tao decrypts the mu (while Pichu steals keys) . To progress and move on to the next step, the 3 children must work together

to operate several mechanisms (levers , doors , switches ...) while avoiding various villains, pirates and brigands. These however are not very aggressive and easily avoided if you take the time to observe their repetitive movements . Note that no other character in the series is present or playable.

Between 2 enigmas, videos of season 2 replace the frame of the story. There are many extracts (we must approach 20 minutes of video which is the equivalent of an episode) and rather well chosen to immerse the player in the adventure.
The life of the game is enhanced by bonus to look for in each level: parchment, treasures (to access some bonus) or finishing the level in a limited time. You can completely finish the game in about 10 hours.

The difficulty of the game is slightly growing. You can easily finish the 2 first worlds - including bonuses ! - but it will be much more insightful thereafter and need to play several times a level to get all the bonuses. This overcomes the defect inherent in this type of game, which can be a bit repetitive for the "old" players but absolutely not unacceptable for "younger" players - in my opinion. I suggest you let the kids (the "target" of the series) start the game alone and help them pass through the more advanced levels, so that everyone should find his account.

The graphics are pretty good and faithful to the series (the issue if you like it or not is not the point!) with special mention to the Buddha Belly and the City of Gold worlds. I tested the game on PC and the gameplay is correct apart from a very few problems to get a character where you want or to make him turn around quickly in the presence of an enemy. The musical atmosphere is good with of course the opening credits of the series and efficient music and sound effects in accordance with the mood of the series.

See the screenshots from the video game

To conclude, a rather good game rather addressed to younger players who will be delighted to relive the adventures of their heroes "like on TV show!"